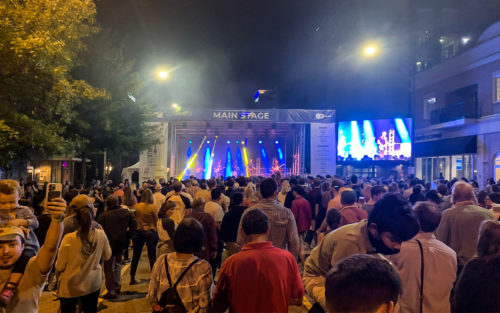 Fall for Greenville is an annual festival of music, food and drinks which takes place in Greenville, South Carolina. After last year’s festival had to be staged ‘virtually’, artists, public, vendors and production teams alike were all happy to return to the city’s streets in early October for the event’s 40th anniversary. Alcons Audio pro-ribbon loudspeaker systems were used on five of the six stages.

Described as ‘a weekend full of flavor’, Greenville’s Main Street welcomed the sound of 78 live acts across the six stages, alongside many tempting tastes and taps, enjoyed by an estimated 150,000 people.

“This is the first time we had heard the Alcons LR24s and they were freaking amazing! They delivered great coverage over hundreds of feet with no problem.” Alan Simonton AVL Solutions 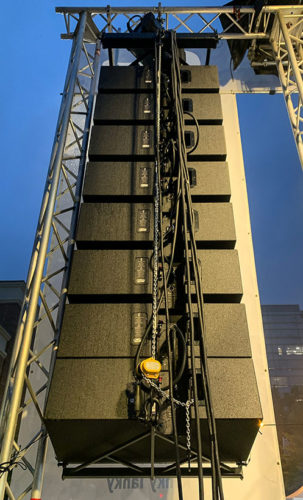 AVL Solutions has been the festival’s main sound and lighting provider for over 20 years. With the company being The Ribbon Network member, owner Alan Simonton has previously used Alcons pro-ribbon systems at Fall for Greenville and was very pleased to present a tasty treat for audience ears on five stages. The Main Stage notably featured the double 12” LR24 mid-size line array, being used for the first time at the festival, with 16 LR24 plus six BC543 triple 18” very high-output cardioid subwoofers.

Despite some heavy rain which caused three stages to have a delayed start on the first day, the rest of the festival passed off without a hitch, with all stages seeing full audiences throughout the event. 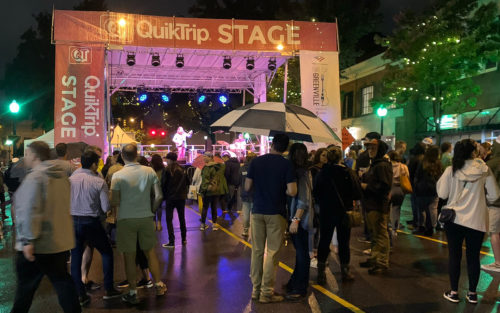 “This is the first time we had heard the Alcons LR24s and they were freaking amazing!” says Alan Simonton. “They delivered great coverage over hundreds of feet with no problem. Rigging was intuitive and super easy, thanks to the PRRGL24 pre-rig transport trolley in combination with the compression-mode flying option. The BC543 cardioid subwoofers provided plenty of low-end reinforcement.

With five stages all using Alcons Audio pro-ribbon systems, the consistency between them was incredibly harmonious. We received lots of impressive comments from the artists, festival attendees and city employees.”