STMPD recording studios in Amsterdam has recently completed an extensive three-year renovation, bringing the total number of studios to eight, including a 135m2 Dolby Atmos Premier Studio. An Alcons pro-ribbon loudspeaker system delivers the detail and uniform coverage critical for immersive work, which played a big part in the mix stage being awarded Dolby’s highest and most prestigious level of certification. 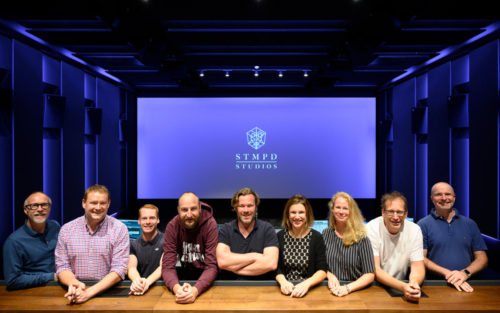 With just nine Dolby Atmos Premier studios in the world, and only two others in Europe, STMPD recording studios joins a very exclusive club. Describing itself as ‘the ultimate playground for music and audio post-production’, the former FC Walvisch studio has played host to global artists like Big Sean, One Republic, Yungblud, Young Thug, Drea Dury, David Guetta and DJ/producer superstar Martin Garrix. Garrix acquired the studio complex in 2017 and initiated the massive refurbishment.

“When we did the listening tests with all the potential systems, Alcons was clearly the best sounding, with the most advanced technologies,” Herman Pieëte, CAS. Sound supervisor / re-recording engineer.

“For the mix stage we were aiming for the best possible result and critically auditioned every high-end system on the market,” says Eelco. “We believe that for the future of cinema sound, in which everything will evolve around immersive technologies, the highest definition is of the utmost importance.”

It quickly became clear to MRT’s Laurence Claydon that the space was perfectly proportioned to accommodate the exacting standards of a Dolby Atmos Premier Studio. “STMPD recording studios was also uniquely placed to serve the market – not only for original language theatrical mixing, dubbing and localisation, but also for high-end immersive mixing of original content for home entertainment platforms and, importantly, immersive music mixing,” he says.

“There was clearly an opportunity to do something really special and we worked with STMPD’s acousticians, Pinna Acoustics, to achieve the highest quality monitoring in the best acoustic environment.”

Eelco first used Alcons pro-ribbon systems in 2012, on a multi-screen 3D art installation with Dutch film director Jan de Bont (Basic Instinct, Lara Croft Tomb Raider, Die Hard, Speed and more). “Since then I have visited Alcons demonstrations at the annual ISE trade show, which always impressed me,” he says. “I also worked on a production with Alcons’ V-series versatile monitors in a live sound reinforcement situation, which confirmed my positive impressions of the recording, mixing and reinforcement qualities of Alcons audio solutions.” 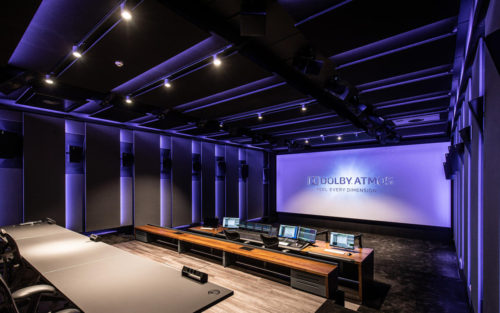 Herman had also unknowingly experienced an Alcons installation at a Vue cinema and was similarly impressed by the audio quality. “When we did the listening tests with all the potential systems, Alcons was clearly the best sounding, with the most advanced technologies,” says Herman.

This was the first application of the new, 90ºx90º patent-pending waveguide technology in the CRS8 and CRS12 pro-ribbon overhead surrounds, providing seamless coverage to the mix and client positions. With Alcons VHIR phase-linear speaker processing on all channels and an acoustic design that features very critical reflection control, complete transparency of every mix decision, perfect object localisation for immersive mixing and excellent mix translation to other systems is assured.

“The system can handle the most complex materials flawlessly and the reproduction is much more detailed than other systems, resulting in precision decision-making. You can mix at a truly microscopic level.” Eelco Bakker, STMPD recording studios senior sound designer.

“The system can handle the most complex materials flawlessly and the reproduction is much more detailed than other systems, resulting in precision decision-making. You can mix at a truly microscopic level,” says Eelco. “It allows us to work very analytically, without getting fatigued, but also much faster. Because you’re hearing what you are doing much better, creative decisions can be taken more quickly.”

“We’re hearing details in old mixes engineered on other stages that we’d never heard on those systems,” adds Herman. “The transient response is unsurpassed and the localisation in an immersive mix is stunning, with truly seamless panning from speaker to speaker.

“There’s always so much headroom, you never have the feeling the system limits low or high frequencies in any way. The response from visitors has been universally positive.”