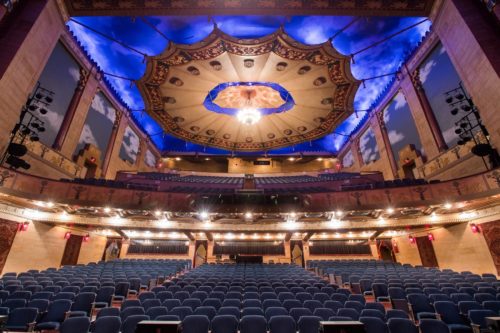 One of the most architecturally striking buildings in the city of St Joseph, the Missouri Theater is the center of a thriving arts scene. Thanks to some public-spirited citizens, the 1200-seat former movie palace has recently been upgraded with an Alcons Audio LR7 pro-ribbon system.

St Joseph’s position on the Missouri River means it was a historically important location for trade and it remains popular, being within easy reach of over 17 metropolitan areas. One of the key features of the 1927-built Missouri Theater is its Hollywood-Oriental style. On the National Register of Historic Places since 1979, it retains all of its visual grandeur, so it was important that a recent audio upgrade didn’t detract from the aesthetics.

“Everybody loves it, it’s one of the first jobs I’ve ever done where people have called to thank me. The sound is so good and the aesthetic so subtle that you don’t realize the system is even there.”, David T Walters, President Diversified Design

Although owned and operated by the city authorities, it was a group of public-spirited citizens who raised the money for the audio upgrade. Together with its longest-serving sound engineer, Erich Uhlhorn – who did his first show there 46 years ago – they approached audio consultant David T Walters of Diversified Design.

“This was the last stage of a long-running series of technical upgrades. My approach was that it’s ‘my’ house and I wanted to make it sound right,” says Erich. “I had introduced David to Alcons systems at InfoComm, several years previously. When he saw the theater, he knew it was perfect for the Alcons LR7 pro-ribbon solution. It would deliver great audio quality, but not impact on sightlines or the architecture.”

As it happens David is a long-term fan of ribbon drivers so, when he did a site visit, his immediate choice was the Alcons LR7, because it is so unobtrusive.

“I spoke with the client about other systems, but I knew only Alcons would meet the aesthetics, budget and audio needs. We demoed the system and everyone was sold on it straight away,” he says. 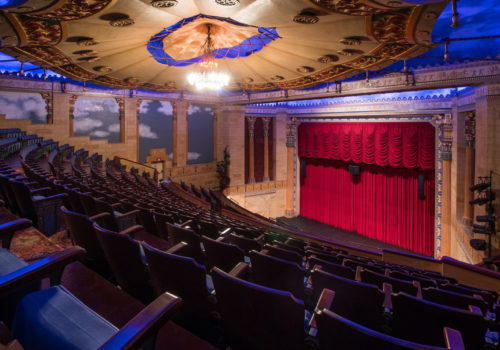 The LR7 left and right arrays with RR12 center cluster

The system comprises 12 LR7/90 micro line array modules per side, with a center cluster of three RR12 point-source array modules and a pair of BF181i mkII compact subwoofers. Six SR9 ultra-compact monitors are used for fills, with the whole system powered and controlled by three Sentinel10 amplified loudspeaker controllers.

The system was installed by the Electronic Contracting Company, which is based in five locations in the Midwest and has a large portfolio of public building installations. “It was the first time I have used the RR12s and, to me, they sound every bit as good as the LR7s,” says David.

“The coverage is extremely even, which is a benefit of the asymmetrical horns – we hung them straight and the coverage was perfect. “The frequency response of the whole system is really good, and I was very impressed with the power of the subs, they really deliver.”

Phillip Peglow from sound design and consulting firm Broken Chord commissioned the system which, thanks to its inherent quality, it was not a difficult process.

“Commissioning it was really simple. You don’t have to work hard to make Alcons systems sound good, which is something I really like,” says Erich. “We’ve had a lot of comments about how much better the sound is. The staff love it, the patrons love it – everybody notices that something good has happened.” 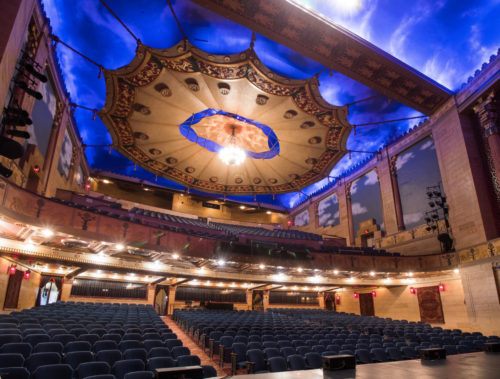 “I’m really glad I went the Alcons route,” adds David. Everybody loves it, it’s one of the first jobs I’ve ever done where people have called to thank me. The sound is so good and the aesthetic so subtle that you don’t realize the system is even there.

“I was also really impressed with the support from Alcons throughout the process. Their North American sales manager David Rahn is very knowledgeable and did a great job. A lot of companies sell a lot of equipment, but will they support it in the long term? Everyone I have spoken to about Alcons is confident that long-term support is there.

“Missouri Theater is a great showcase for their systems. After the results we’ve have had there, I have every intention of specifying more!” he concludes.