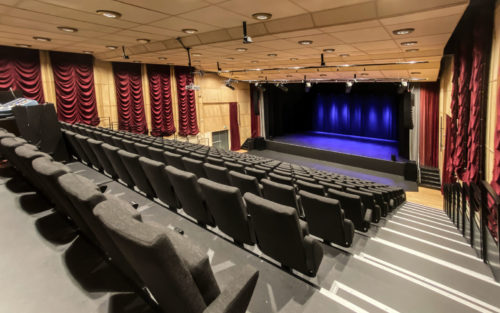 Despite its rural location, when the concert hall at the Inderøy Kulturhus complex in Norway needed a new sound reinforcement system, its managers were determined that local residents would enjoy the best possible experience. Choosing an Alcons Audio LR7 pro-ribbon system, Inderøy Kulturhus shows that community facilities do not need to compromise on their sound.

Opened in 1990, Inderøy Kulturhus was the first major cultural centre in the historic Innherred region of Norway. As part of a project to add physical education facilities for the primary school and premises for Inderøy Upper Secondary School, a sports hall, concert hall and service areas were built. Operated by municipal limited company Inderøy Kulturhus AS, the concert hall stages a wide range of events to benefit the whole region.

“The hall has very good acoustics and the Alcons system precisely covers the audience, from the first to the last row, with extraordinary sound definition, linearity, clarity and intelligibility, combined with huge headroom and power.” Lars Erik Fisknes, Sound & Light technician Inderøy Kulturhus

Although this agricultural area has a low population density, the developers did not want to compromise on the audience experience, so the auditorium was designed with high quality acoustics. By the mid-2010s, the previous audio system needed replacing, so General Manager Arnstein Langåssve and Sound & Light technician Lars Erik Fisknes approached Arnstein Fossvik of production technology specialists Trondheim Lyd. He introduced them to the Alcons Audio LR7 pro-ribbon line array system at the Prolight + Sound trade show in 2015. 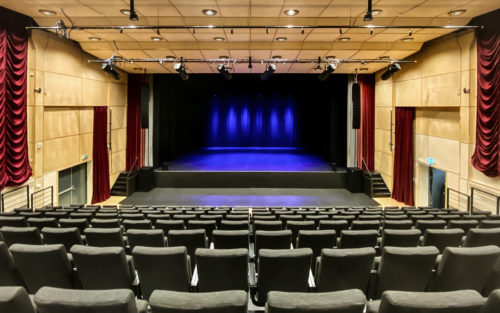 While fundraising for a new system, the Inderøy Kulturhus AS team investigated a wide range of other sound reinforcement options, but every time the Alcons LR7 system was their preferred choice.

“We were convinced that the LR7 was the best system for Inderøy Kulturhus and finally, in early 2021, the dream came true!” says Lars. “In addition to delivering superior sound quality, the system had to be visually discreet,” says Lars. “The hall has very good acoustics and the Alcons system precisely covers the audience, from the first to the last row, with extraordinary sound definition, linearity, clarity and intelligibility, combined with huge headroom and power.”

“Everybody who has heard the system loves it and the response from touring technicians has been fabulous!”