No Hunting For High And Low With A-ha On Alcons 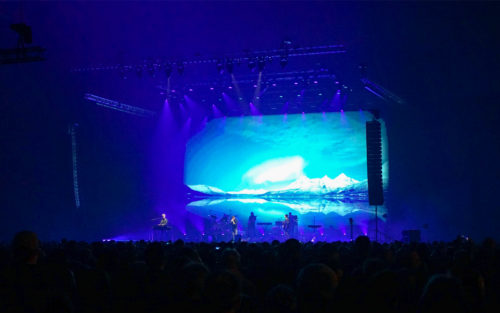 A-ha on stage at the Nordlandhallen in Bodø, Norway

In 2019, 35 years after their debut album Hunting High and Low made them global stars, Norwegian pop legends A-ha set off on a world tour, playing the album in its entirety alongside more of the band’s hits. In February the 2020 leg of the tour kicked off at the Nordlandshallen in Bodø, where an Alcons Audio LR18 pro-ribbon compact mid-size line-array impressed fans as well as the band’s legendary live sound engineer.

“As a company we deliver everything from small events to big kick-ass arena systems and the first time we looked at the small LR18 we thought it was cute. But when we invested in the system in 2016 and set it up in an outdoor arena, we were scared as hell!” Morten Buvik, Lydteamet general manager.

After a two-month winter break, the Hunting High and Low Live tour resumed at the 5500-capacity Nordlandshallen, where Gøran Aamodt – who promotes Bodø’s annual Parkenfestivalen and other events in the north Norway town – wanted an audio system and supplier that he could trust would deliver at the top level. 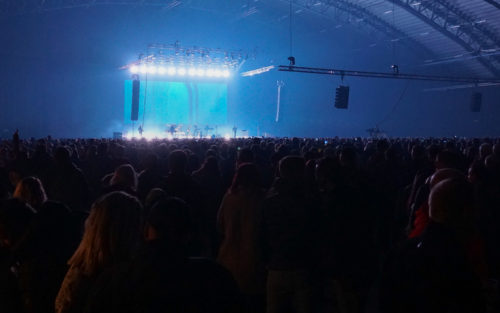 Gøran has a close working relationship with audio production company Lydteamet AS and – with the same team and PA used with great success when Sting played the Nordlandshallen in 2017, as well as for a wide range of international artists at Parkenfestivalen every year – Gøran knew that Lydteamet’s Alcons LR18 system would deliver the quality that he demanded.

“We use Lydteamet on all our productions, because they always focus on the quality of the equipment and the personnel they use. We depend on this when we have visits from world class artists and need to deliver a world class production. We know that the Lydteamet team always does its utmost, the feedback from artists and crew substantiates this,” he says.

Delivering the crisp, powerful, distortion-free sound that Alcons pro-ribbon systems are renowned for to every member of the Nordlandshallen audience, A-ha’s veteran Front of House sound engineer Chris ‘Privet’ Hedge was clearly impressed.

“As a company we deliver everything from small events to big kick-ass arena systems and the first time we looked at the small LR18 we thought it was cute. But when we invested in the system in 2016 and set it up in an outdoor arena, we were scared as hell!” smiles Lydteamet general manager Morten Buvik. “We looked at this tiny sound system and could not believe what we heard.” 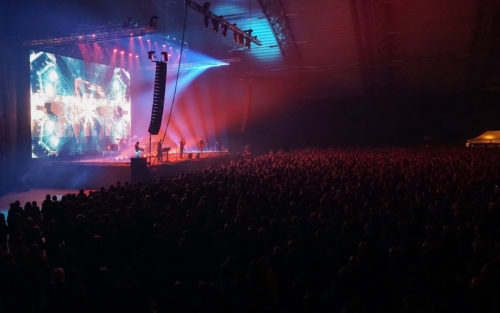 He continues, “When we set the system up for A-ha at the Nordlandshallen, ‘Privet’ Hedge – the grand old man behind the desk – looked at the small size of the Alcons pro-ribbon speakers in the same way that we once did. But once he heard it, he smiled and gave two thumbs up. Once again we delivered the ‘small big box’ with pride. The Alcons LR18 is the most flexible speaker system we have and we love it.”