As far as the sound of his songs is concerned, Alan Parsons is probably one of the most demanding artists ever. In the late ’60s / early’ 70s, he worked as a sound engineer on milestones in music history, including the Beatles albums “Abbey Road” and “Let it be”, as well as on Pink Floyd’s “Atom Heart Mother” and “Dark Side of the Moon”. As a musician he experienced in the 80’s the highlight of his career with his Alan Parsons Project. At that time, however, he barely performed live, as the technology at that time was unable to reproduce the sound of his songs as he had produced them in the studio. 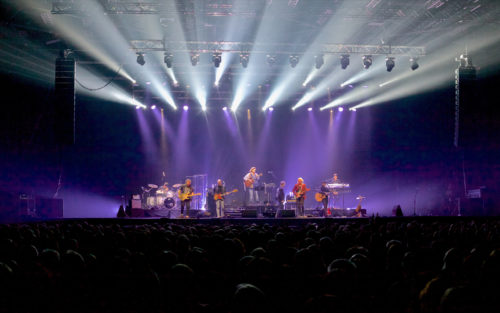 Meanwhile, professional audio technology has caught up, and so dared Alan Parsons to tour again with his recent album “The Secret”. PM Blue GmbH from Hamburg was responsible for the eight-day tour of the exceptional musician through Germany. Due to the fully-booked PM Blue, the lighting concept was realized in cooperation with the company AVM from Schwanewede.

As to be expected, the requirements for the sound engineering in this case were particularly high, as Timo Hille, junior project manager and audio specialist at PM Blue confirms: “Since Alan Parsons was and still is very successful as a producer and recording engineer, his requirements with regards to the sound quality are particularly high. In addition, musically there’s a lot going on with Alan and his seven-member band; The complex arrangements of the songs, in which many instruments overlap, especially in the low-mid range between 120Hz and 800Hz, demand a good mix on one hand, but also a really high-resolution sound system on the other hand. ” 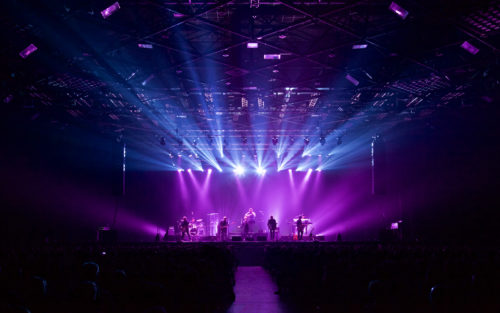 The latter found PM Blue in the proven pro-ribbon systems from Alcons Audio. 30x LR18 compact mid-size pro-ribbon line array systems were used as main PA, with 12x LR7 micro line-arrays- distributed evenly along the edge of the stage – for the near field. 4x RR12 point source array systems were placed at the outer edge of the stage, directly under the main arrays and 1x RR12 flown left / right were used as outfill. 9 pcs of Alcons BF302 mkII dual 15” subwoofers were placed in the centre as a cardioid sub-array, combined with left and right 2x 2 BQ211 single 21” subwoofer systems at the outer edge of the stage.

Timo Hille, who accompanied the tour as a PA system technician, was very satisfied with the performance of the Alcons systems: “I had good tools at my disposal to adequately cover the halls. The very high-resolution pro-ribbon tweeters are initially somewhat unfamiliar to many FoH technicians, because of course much more high frequency information can be transmitted cleanly than with conventional compression drivers. Also on the tour with Alan Parsons, Tyson [Montgomery Leonard; FOH Engineer] and I had to get acquainted with the system initially. After a short ‘introductory phase’ the systems offered just sheer fun and mixing pleasure.”

“Also nice is the new VHIR processing in the Sentinel10 system amplified loudspeaker controllers, which made it easy for me to match the different speakers. The transitions between the different sound sources were extremely even and almost imperceptible. In addition, I was very surprised by the very potent Alcons BQ211 subwoofers; Especially the combination of 15″ bass reflex and 21″ bandpass subwoofers was really convincing.”.

“Also nice is the new VHIR processing in the Sentinel10 system amplified loudspeaker controllers, which made it easy for me to match the different speakers”, Timo Hille, project manager and audio specialist PM Blue 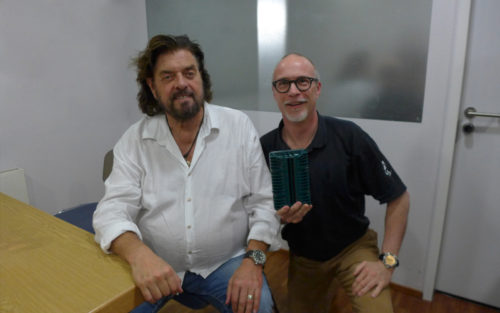 Alan Parsons and Tom Back

Always interested in new technologies, Mr. Parsons eagerly received a full explanation of the Alcons pro-ribbon transducer technology after the concert in Düsseldorf by Alcons Audio co-founder and managing director Tom Back.