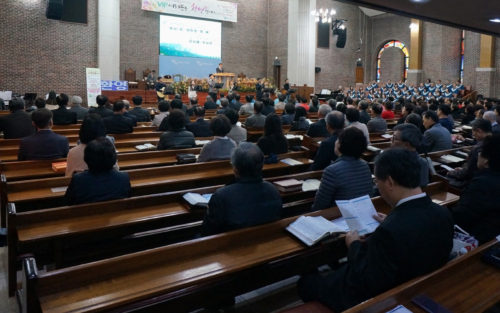 In common with many older houses of worship, modern expectations have meant that the audio quality of sermons in the 1936-built Changsin Church in the Gangnam district of Seoul, South Korea was no longer good enough. A replacement sound reinforcement system was needed and, after a direct comparison with systems from other major manufacturers, an Alcons Audio LR14 pro-ribbon system was chosen by the Church.

The Church formed a committee which appointed Jang Young-wook, a church sound engineer and executive director of the Korean Church Acoustics Association, as the project consultant. He contacted the representatives of eight leading audio system manufacturers and asked them to participate in a briefing to be held at the church.

“The walls of the chapel also no longer look ugly with a lot of speakers and cables. All church staff and worshippers are now enjoying a very comfortable faith life with the Alcons LR14 system.” Baek Seung-hoon, Corelab

The companies included audio contractor Sky Sound, based in the city of Daegu, which had previously worked with Alcons Audio’s South Korean distributor Corelab on the project to install an Alcons pro-ribbon LR14 ultra-compact line-array system in The Gyeongsan Central Church, in Gyeongsan City. Sky Sound also owns an Alcons LR18 compact mid-size line array system in its rental inventory for live events. 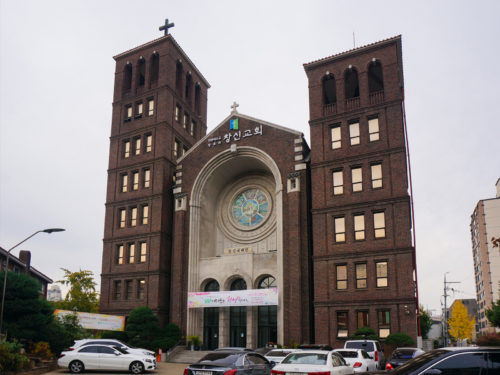 The representatives of all eight brands attended the site briefing, which included details of the acoustics and the Church’s requirements, and all were asked to suggest a solution based on an identical budget. Sky Sound CEO Park Sang-hyun and Corelab’s Baek Seung-hoon had worked together on the Gyeongsan Central Church installation, so it was obvious for them to work together on this project.

As well as considering which Alcons pro-ribbon system would deliver the best sound for Church sermons, Baek Seung-hoon also considered what would be the easiest system for the Church officials to use and how it could be used to improve the visual appearance of the space where worship takes place.

“There was a certain amount of reflection and a balcony at the back, with chairs underneath, so I had to be very careful with the sound. The existing system also had cables visible in many places, which detracted from the interior appearance,” he says.

During the two weeks allowed to produce the system proposal, Baek Seung-hoon visited the church when there was no worship taking place to discuss the acoustics with its part-time sound engineer. He also visited during Sunday worship to hear and make a recording of the pastor’s sermon with the existing system. 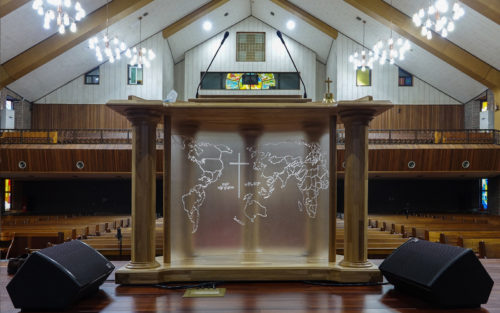 The four companies which passed the initial proposal evaluation provided system demonstrations in front of the church committee and other staff. After each company had demonstrated its system, the Church committee and pastor spoke to the vendors individually. Here Baek Seung-hoon spoke of his earlier visits to the church, explaining and showing why hearing the pastor’s sermons was difficult with the existing system. This ensured that all committee members understood the issues.

Impressed with both the demonstration and Baek Seung-hoon’s explanation, the committee chose the Alcons LR14 system.

Sky Sound faced some difficulties with removing the old audio system and flying the Alcons LR14 pro-ribbon arrays, so the company manufactured and installed specially-made wall brackets to hang the arrays from.

“Before installing the Alcons system, not everyone present could properly hear or understand the pastor’s sermons,” says Baek Seung-hoon. “Now everyone in the Church can hear every word and the pastor no longer needs to preach loudly, which was making him tired when using the old system.

“The walls of the chapel also no longer look ugly with a lot of speakers and cables. All church staff and worshippers are now enjoying a very comfortable faith life with the Alcons LR14 system.”