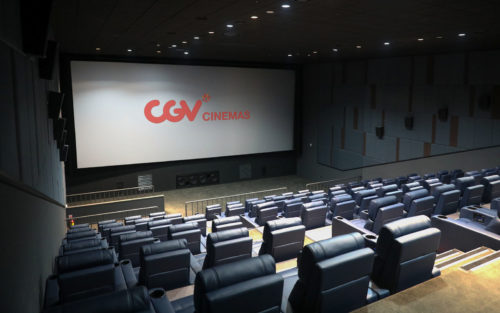 European cinema chains have long known about the benefits of the highest quality, most consistent sound which Alcons pro-ribbon systems bring their audiences. As the word has spread across the world, movie theatres in an ever-increasing number of countries are embracing the advantages of Alcons Audio. The latest is in South Korea.

Located in the city of Paju, South Korea, CGV Paju Yadang is the latest movie theatre in South Korea opened by CJ CGV – the country’s largest multiplex cinema chain and the fifth largest in the world. Opened at the end of July 2020, it has five auditoriums, all with comfortable recliner chairs and Barco laser projectors.

“They were very satisfied with the Alcons Audio demo, saying ‘We love the HF from the pro-ribbon tweeter and could definitely hear a cleaner sound than from other systems’ Mr Kang, Head engineer YuYukorea

The main auditorium features an Alcons pro-ribbon system, specified and supplied by specialist cinema company Yuyukorea Co., Ltd, based in Seoul. It was installed by the company’s head engineer, Mr Kang.

“We helped the customer with A/B demonstrations of different systems,” he says. “They were very satisfied with the Alcons Audio demo, saying ‘We love the HF from the pro-ribbon tweeter and could definitely hear a cleaner sound than from other systems’. They made an instant decision after the demo to choose the Alcons system.” 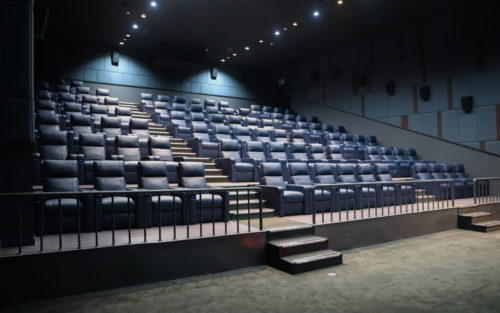 “It is very rare in South Korea that an independent movie theatre chain chooses high-end audio like an Alcons pro-ribbon system, but the customer is very happy,” says Mr Kang. “It is not only the quality they feel and hear from the system, but also the response of movie-goers.”

“Staff from other cinema chains in South Korea have visited CGV Paju Yadang to hear the auditorium with an Alcons pro-ribbon system and the client is actively considering using Alcons Audio again for his next project,” Mr Kang continues. “They have already said that they should have installed the other rooms at CGV Paju Yadang with Alcons as well!”

Putting Omniversum Audiences At The Heart Of The Action

Opened in 1984, Omniversum in The Hague was the first IMAX Dome theatre in Europe. Showing spectacular films

European cinema chains have long known about the benefits of the highest quality, most consistent sound which Alcons

With the CRMS-SRHV/9040, Alcons Audio extends her solutions portfolio in the studio-, screening-room and residential markets.The CRMS-SRHV is