After finalizing the extensive refurbishments regarding the conversion to full-digital, the focus of CinemaxX Mannheim is now on bringing the sound quality in line with the perfect silver screen picture quality.

After more than 1000 highway kilometers and many flying hours, where many different sound systems were evaluated in studios and cinemas, CinemaxX Mannheim decided for a test set-up from company Alcons Audio in cinema room Kino 10: equipped with 722 seats and a screen of 276 m2 (largest screen in Baden-Württemberg) it is one of the largest cinema rooms in Baden-Württemberg. 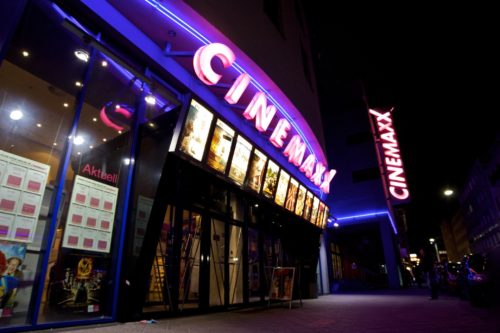 On preparation, more than 12 hours were spent, to get the most realistic application of the test set-up. The complete team of CinemaxX Mannheim saw their decision confirmed, after a wide variety of content, from block busters to opera and concert registrations, were auditioned through the system.

“After all studies and tests we’ve done and participated in, we can only say that currently Alcons is among the most innovative developers of cinema sound systems.” Michael Braner, Technical Manager CinemaxX Mannheim

From March 09 to March 14 it was time: The complete sound system and B-chain in Kino 10 were renewed and brought up to the latest “state-of-the-art”.

For this, a completely new developed sound system was installed behind the screen, as well as new subwoofers and the complete surround sound system. Also the amplification and speaker-processing were replaced.

For the tuning of the sound system alone 8 hours were reserved and resulted in a more than convincing sound through all tested sound genres. For the test hearing session, content like Avatar, Phantom of the Opera, Street Dance and the concert by the sea of Andrea Bocelli were played. With this, a perfect quality at low sound levels as well as at high blockbuster levels was guaranteed.

The Cinemarray™ System from Alcons Audio is a complete new cinema sound system, which design is based on line-source technology and thus offerring a flat sound pressure level from the front to the rear of the audience seating. The patented pro-ribbon transducer technology of Alcons is succesfully being used in live-sound / concert applications around the globe, due to the undistorted, non-compressed 1:1 reproduction and the natural sound.

Now this techology is specifically developed for Digital Cinema applications, with the Cinemarray™ CRA30 system as the first product. 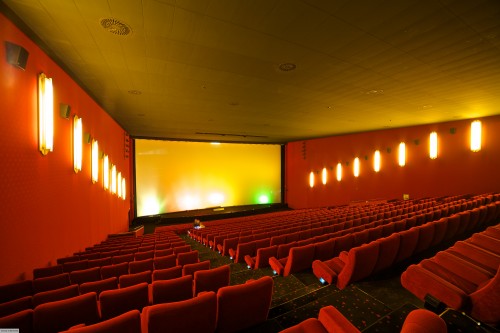 For surround reproduction the same pro-ribbon transducer technology has been applied. This set-up consist of 24 pcs. of the CRS8 2-way surround system, which was newly developed as well. Due to the use of identical components, the surround system blends seamlessly with the screen system, with which a completely coherent and naturally wide sound stage is realized (traditionally totally different transducers are being used for screen- and surround speakers, resulting in a less-than-perfect sound stage).

The result in CinemaxX Mannheim Kino 10 is a crystal-clear response with unique speech intelligibility under powerful digital dynamics, with a flat sound pressure level from front to rear of the room. Due to this, the entire audience enjoys the same experience.

Carsten Albrecht, Alcons Audio GmbH: “this prestigious installation is the next step in Alcons’ presence in the German cinema market and a clear indicator of the success Alcons C-series is enjoying worldwide, as one of the most innovative “Digital Cinema ready” sound systems available”.

Company fours GmbH from Heidelberg worked in close cooperation with Alcons Audio on the installation and cabling of the entire system. This guaranteed that Kino 10 also in sound quality is among the best cinema screens in Baden-Württemberg.

Michael Braner, Technical Manager CinemaxX Mannheim: “ “after all studies and tests we’ve done and participated in, we can only say that currently Alcons is among the most innovative developers of cinema sound systems. So we’re very proud that we’ve installed Kino 10 as the first project and that we have the best cinema sound experience with Alcons Cinemarray™ !” 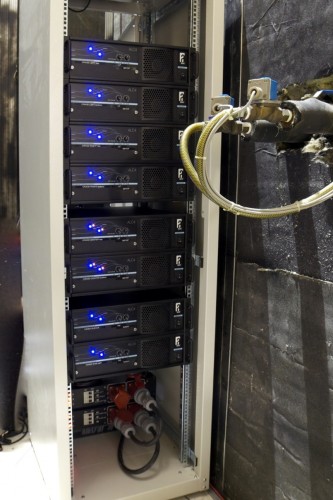 The system is being fed by a Doremi 2K4 Digital Server with DataSat AP20 sound processor.

More information can be found on www.diekinomacher.de